Our Generation Beach House! A New Residence In Doll Village! 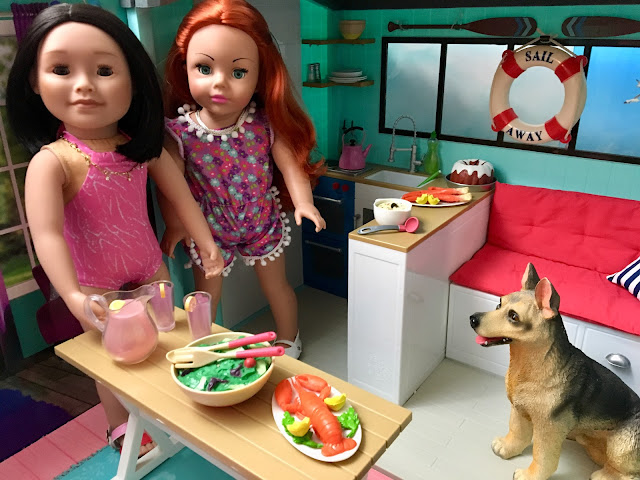 Uh oh... The perfect storm of my getting a bit of a windfall of Doll Mad Money and a sale happened to align this weekend. I've imagined owning the Our Generation Beach House but being as it is such a large item, I just left it in my imagination. Teehee. I mean, the accessories alone made me want the set! However, we've recently had 'happenings' in our lives where I will have more room to store large doll items.
Uh Oh... Watch out world...
Doll Village might be growing!!
Hahaha! 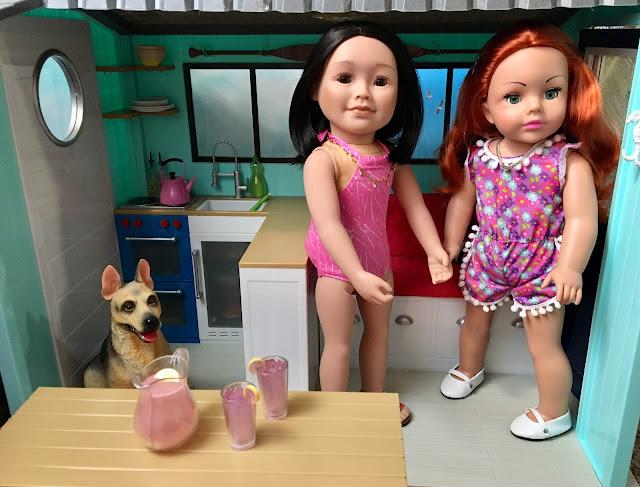 So, when I got the Doll Mad Money windfall this last weekend, I just bought it. I don't know if I have mentioned before but my husband and my first apartment was in Hawaii. My husband was in the Army for first four years of our married life and it was our first and only duty station. I know, I know... Lucky right? Haha. Looking back it really was a magical time. I made friends there I have to this day a quarter of a century later. So... The Beach House always appealled to me. I mean, we didn't live on the actual beach but closer than I ever had or will again. 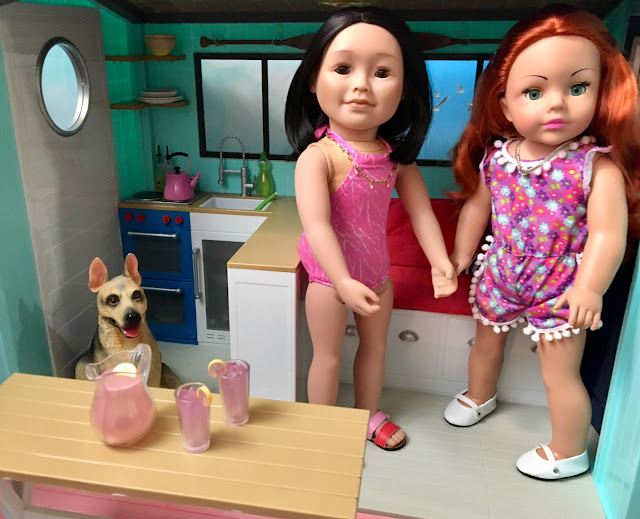 I'd do more of a 'review' post but American Girl Ideas already did a really great review and I am not one to want to reinvent the wheel.

The only thing I will mention about mine is that Our Generation has changed the set since they made it originally (when AG Ideas did their video) apparently. In her review you got a cute little set of nautical related cups and they were not in my set?! There was a carton of six brown eggs that were also not in my set. There were also two bottles of milk and two sodas and my set only had one.
So that was lame, Lame, LAME!!!
Seriously. Don't you think?
Whatever, I know in big scheme of things it's not that big a deal but...
Still. LAME.
I was so annoyed that I even wrote to Our Generation before I posted the last paragraph, just to see if they'd be willing to at least sell me the missing parts as replacement parts. Aaaaand.... Nope. 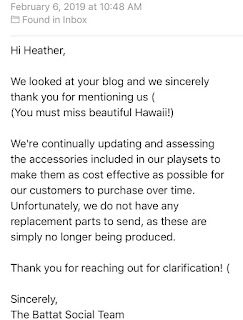 However, to their credit, at least they answered my note and must've even read the blog a bit. So, I'll grow up and just live with not having lovely aqua mugs with beach motif. 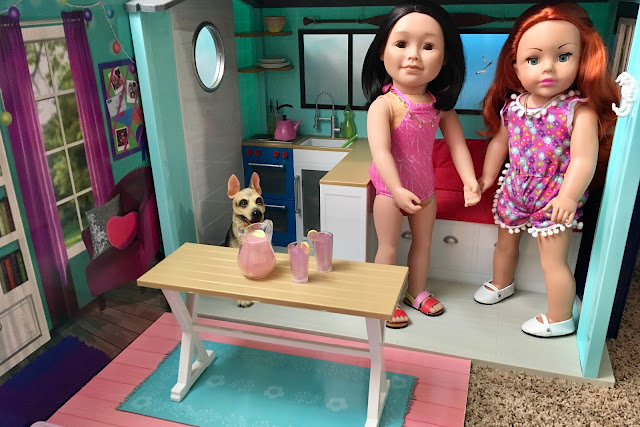 I still think it's fabulous but it'd be more fabulous if Meeka and Janeane here could be drinking some coffee from those cute mugs and making some eggs... 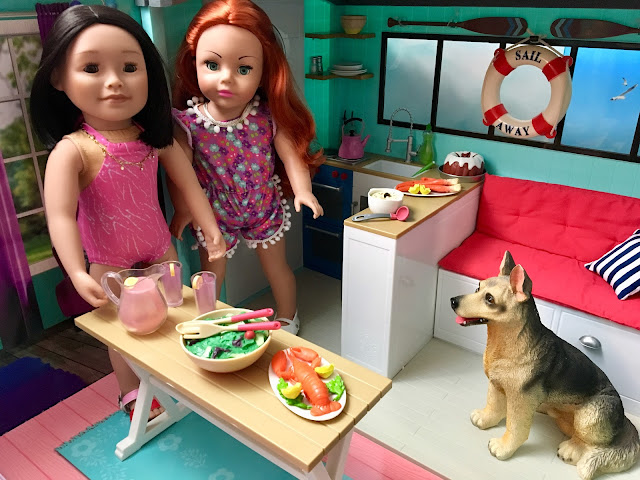 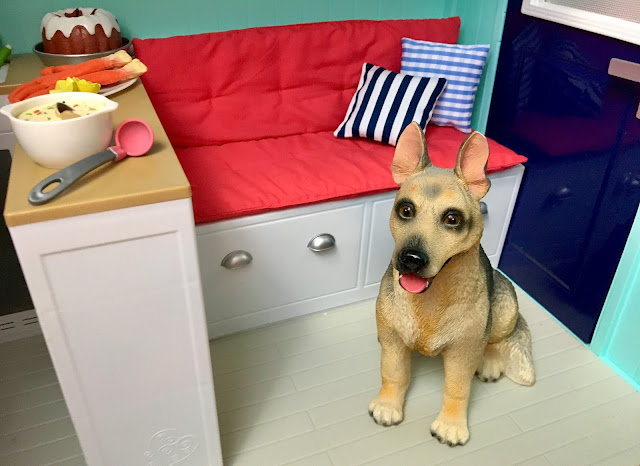 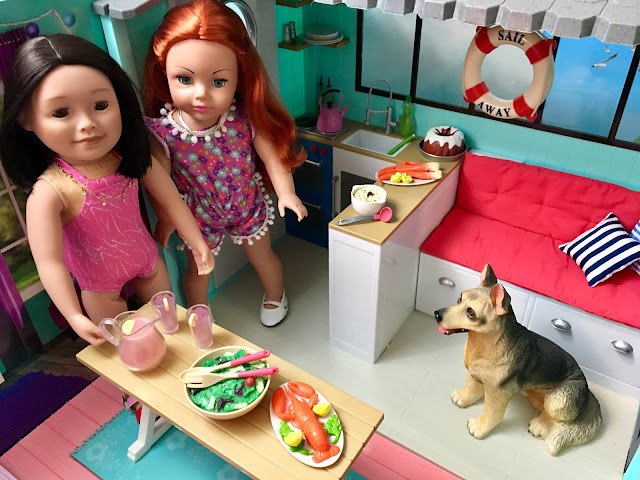 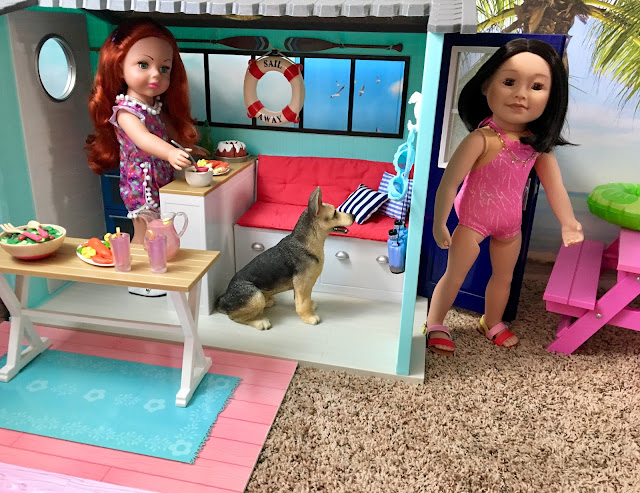 But then obviously I made a scene including other beach elements I already owned. 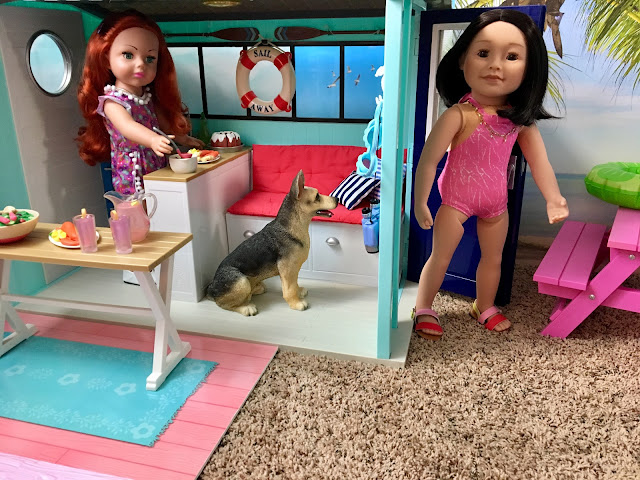 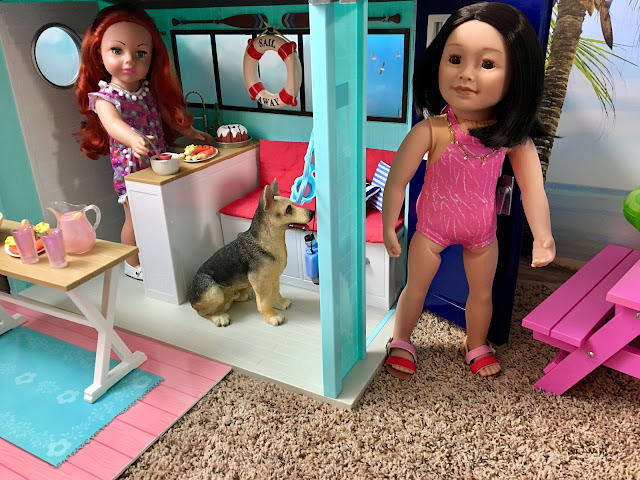 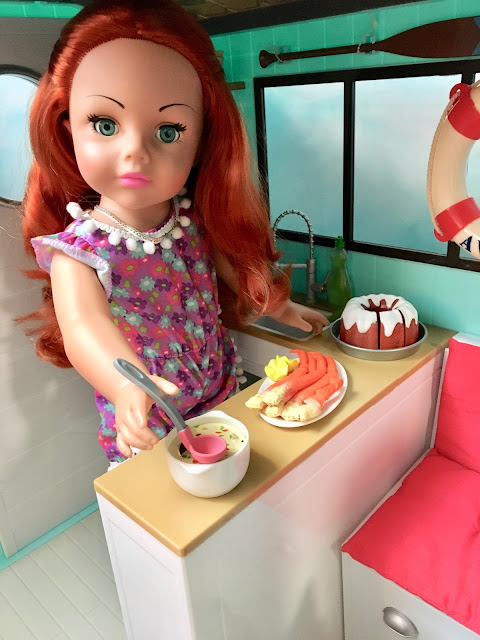 I love the clam chowder even though I don't like clam chowder in real life at all. Haha. I have friends who love it though and their doppelganger dolls gotta eat too. LOL 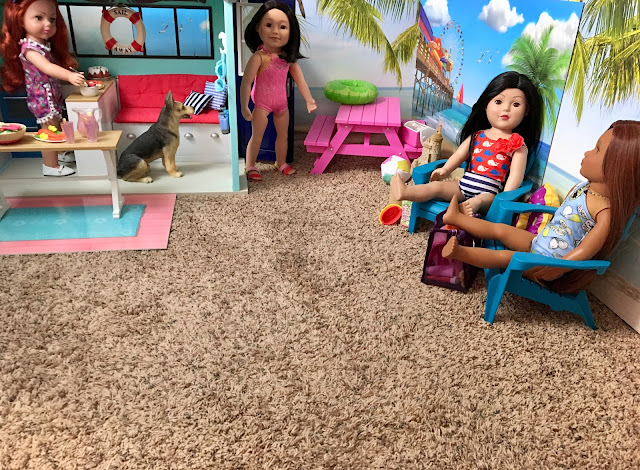 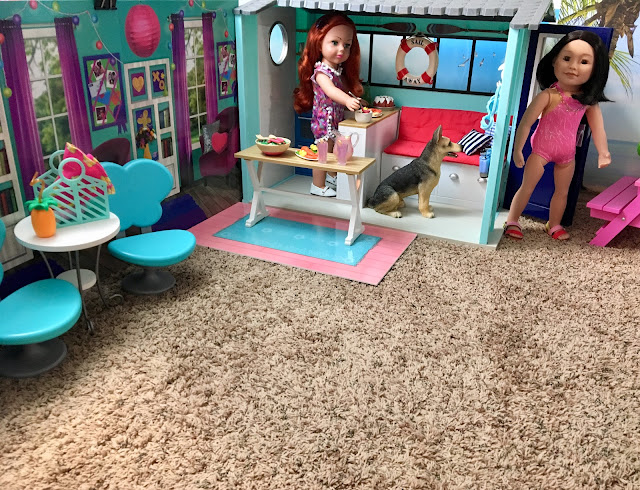 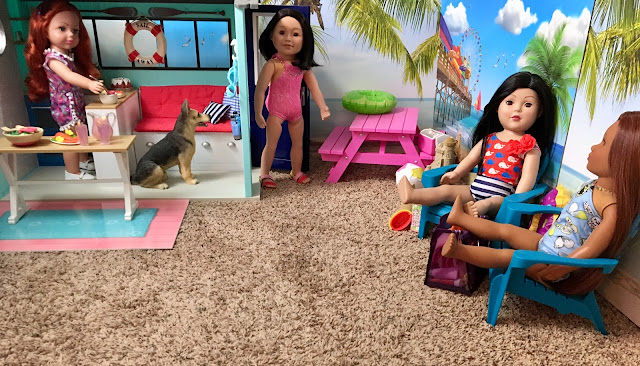 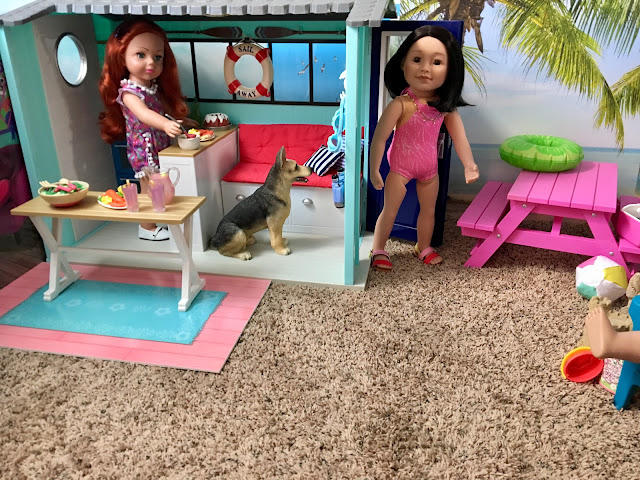 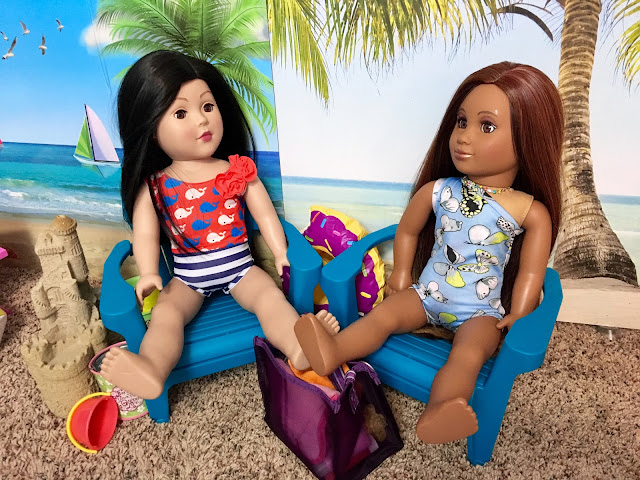 So I am sure you'll be seeing a whole lot of the Beach House in the future. I've jokingly said that the dolls are in Hawaii in these photos. I guess if you can 't go to Hawaii, bring Hawaii to you?! 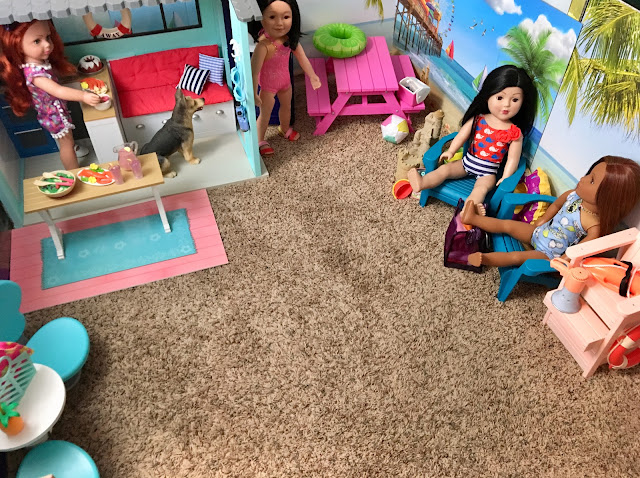 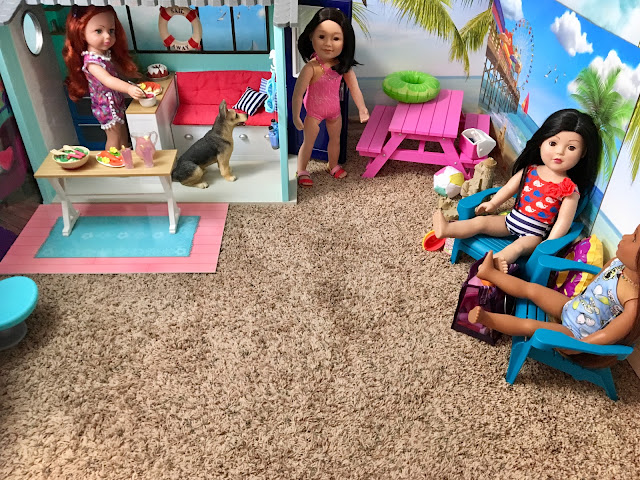 Posted by Heather from PennilessCaucasianRubbish Dolls Blog at 5:01 AM

Heather from PennilessCaucasianRubbish Dolls Blog
I love Jesus. I love my husband & our two kids. My life is about them. Also I blog & practice yoga.

Blogs and YouTube Channels I Love and Visit Often!